Hit The Read More Below

– Andre The Giant Memorial Battle Royal: Big Show was the winner, last eliminating Damien Mizdow. Mizdow eliminated The Miz and had a back and forth with Big Show, who ultimately tossed him out to win the trophy. 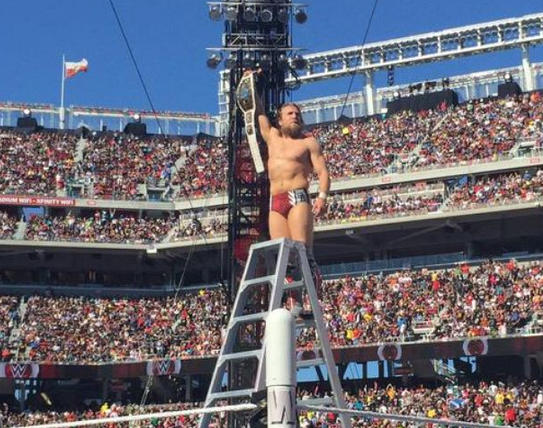 2. Randy Orton defeated Seth Rollins. Orton countered a curb stomp into an RKO to win the match. Editorializing for a second, it was the best damn RKO ever.

3. Triple H defeated Sting. The match saw interference from both D-Generation X and the nWo, as well as a battle between Sting’s bat and Triple H’s sledgehammer. HHH was able to counter a Stinger Splash with a sledgehammer to win the match. Afterwards, Triple H and Sting shook hands 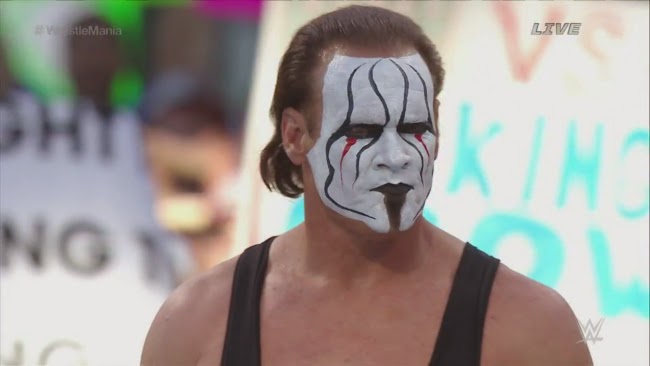 4. AJ Lee and Paige defeated The Bella Twins. AJ won the match by submission with the Black Widow.

– The Rock and UFC’s Ronda Rousey had an in-ring confrontation with The Authority. Rock attacked Triple H and Rousey judo threw him before threatening to break Stephanie McMahon’s arm.

7. WWE World Heavyweight Championship Match: Seth Rollins defeated Brock Lesnar and Roman Reigns. Reigns and Lesnar beat the crap out of each other and kicked out of multiple finishers, drawing out Seth Rollins to cash in his Money in the Bank briefcase and join the match. Lesnar got him up in an F-5 but was speared by Reigns, allowing Rollins to escape, hit a Curb Stomp on Reigns and become the new WWE World Heavyweight Champion.