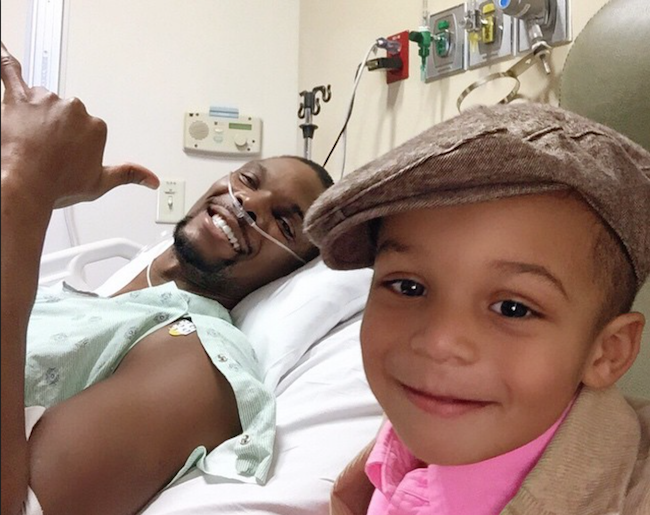 Uproxx: Miami Heat big man Chris Bosh made his return to the basketball court Monday. He didn’t play one second. Hell, he didn’t even wear a uniform, but it may have been his crowning on-court achievement. It was just three short weeks ago when Bosh went to the hospital after experiencing pain in his chest. There he was examined and diagnosed with a blood clot in his lung. While that’s every bit as serious as it sounds, it thankfully wasn’t life threatening.

But Bosh’s situation revealed one of the ugliest trends of sports fandom in the new digital age: Somehow, Bosh was no longer a person, instead he was just a product meant to do nothing other than produce numbers for our teams and entertain us on our evenings. Fans wondered how Bosh’s “injury” would affect Miami’s ability to re-sign their newest addition, Goran Dragic, this summer. Others pondered how this would alter their fantasy teams or how to replace him on the Heat during his absence.

Somewhere along the line we become prudes as sports fans, compassionless, boxscore-watching, scoreboard-pointing drones. Gone was the admiration of players we idolized, replaced instead with fanatical obsession over numbers and wins. We stripped away the human element of the players we follow and replaced that with salary cap numbers and phrases like, “it’s a business.”

Adults have ruined sports for themselves by removing the bliss of ignorance. We’re pretty much the same way the great Rod Tidwell once described single mothers: “They have been to the puppet show and they have seen the strings.” We’ve been to the show, we’ve seen the strings and now we have marginalized humans into products and a game into a business. Our sports aren’t fun anymore, our players aren’t people. We know it all, analyze it to death and argue over our findings.

When Chris Bosh goes to the hospital for an unknown issue with his chest/lungs we shouldn’t be wondering who can replace him in the interim at power forward. We should wonder if Chris Bosh, the man, the human being, the father, will be able to recover from his ailment.

As adults we should know better; we should be able to understand that life outside of work is more important than the job and rationalize that train of thought to these largely young athletes. Somehow though, our perspective on what sports is, and should be, becomes skewered. I was guilty of it too, not necessarily in Bosh’s case, but in basically every one before it. A fun-loving kid had turned into a bitter old man, and there was no turning back.

As we grow older, children and their truth-serum-fueled rhetoric often become our moral compass. All at once they keep us young, and remind us just how old we are. They aren’t restricted by the stupid biases and silly know-it-all-ism that we’ve all developed. Kids aren’t infected with the vapid, petty desire to argue about silly things like legacies and all-time rankings.

My son loves LeBron and Durant and has no time for any debates about who is better. Last year, he came home one day and told me one of the teachers at his school told him LeBron was a quitter for leaving Miami and asked me what that even meant. He couldn’t even comprehend that trivial adult logic. Kids are out having fun while we’re too busy stressing over life’s happenings. Ironically, it’s often these children who remind us how miserable we’ve become and help us enjoy the delights happening all around us.

A few weeks back, we headed out of town for my son’s first traveling tournament with his AAU basketball team. At eight years-old, he got to head on the road, stay in a hotel with his teammates and play in front of a hostile road crowd just like his favorite players in the NBA do. His team placed second, the championship game was a heartbreaker and the kids and parents left the building distraught. Third graders where tossing their medals on the floor because they weren’t satisfied. Tears were shed and some had to be coaxed into taking their second place photo. 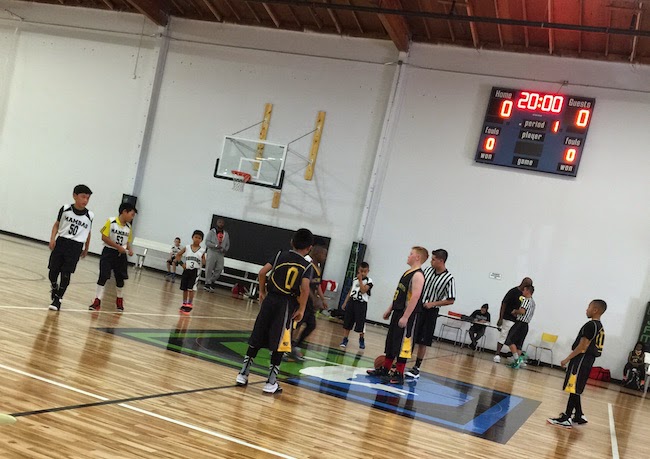 But then a funny thing happened, my son stopped caring long before I did. He lost the game, and he was still upset, but he went back to living life in due time. Me? I was fuming. For the two-hour drive home and during the week at their next practice, I wore it all over my face. His coach and I discussed what went wrong and what should have been done like two overbearing analysts on ESPN. We deliberated over every minute detail, wondered about the refs, the intricacies of the box-and-one defense the boys played, what they should practice and looked for any silver linings.

After the practice, I finally asked my son what his favorite part of the weekend was, and his answer flattened me. He didn’t mention any games, not their two wins, not any of the big plays he made: tough rebounds he grabbed or his big assist from the championship. Nope. His favorite moment? Dancing the night away with his teammates at the hotel. He never hesitated. He said it instantly and then reminisced about the time he spent dancing to Rich Gang’s “Lifestyle” and Rae Sremmurd’s “No Type,” while us goofy parents recorded with our phones. He reveled in the memory of watching Zach LaVine resurrect the dunk contest in the hotel lounge.

It brought me back to a time when I considered myself quite the athlete. Way back when, I was on a traveling soccer team and we went to San Jose for a tournament. My favorite memory of the weekend? When my teammates and I foolishly decided that we’d all sneak out at midnight and go swimming in the hotel’s pool. I still remember the burning cold of the water, the way we all hastily hopped out and realized that only one person brought a towel. I’ll never forget the look on coach’s face when he caught us all trying, and failing, to sneak back to our rooms quietly. I can’t recall one score from the tournament, where we placed. or even the faintest memory of the actual games. I’ve long since lost the sweater my grandma bought me with the tournament’s logo splattered across the chest, but treasure the few pictures with my teammates that I have left from the weekend.

I was once the kid my son was. More amused with the swimming pool at midnight and the dancing in the hotel room than the games these events surrounded. That naiveté made sports a fun getaway, and that innocence helped it stay that way. I had allowed that to erode away, like so many of us have. I’d ruined sports for myself by thinking too hard, taking it so seriously it sapped away the joy and amusement.

My son snapped me back to reality, reminding me that it’s just a game and there’s plenty of life going on around it. The life is the fun part, the game is the distraction. Not the other way around.