Guess What Happened In This Room? 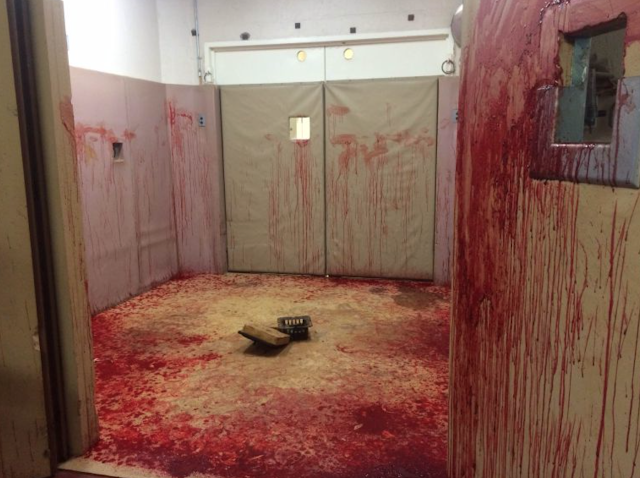 A Horse Got A Bloody Nose

Metro- This image was posted to Reddit by a user called Rod_Of_Asclepius who claims their friend is a veterinarian and all this blood came from a single horse who suffered a nosebleed. You’re right – that is a lot of blood. But remember that the average human weighs 80.7kg (12.7 stone), whereas the average horse weighs about 550kg (86 stone), so they probably have a lot more blood than we do. Either that or this is the most elaborate cover story ever conceived for a murder (unlikely, considering they posted a picture of the evidence online). The horse reportedly survived its heavy nose bleed.
Posted by Orlando at 3:54 PM