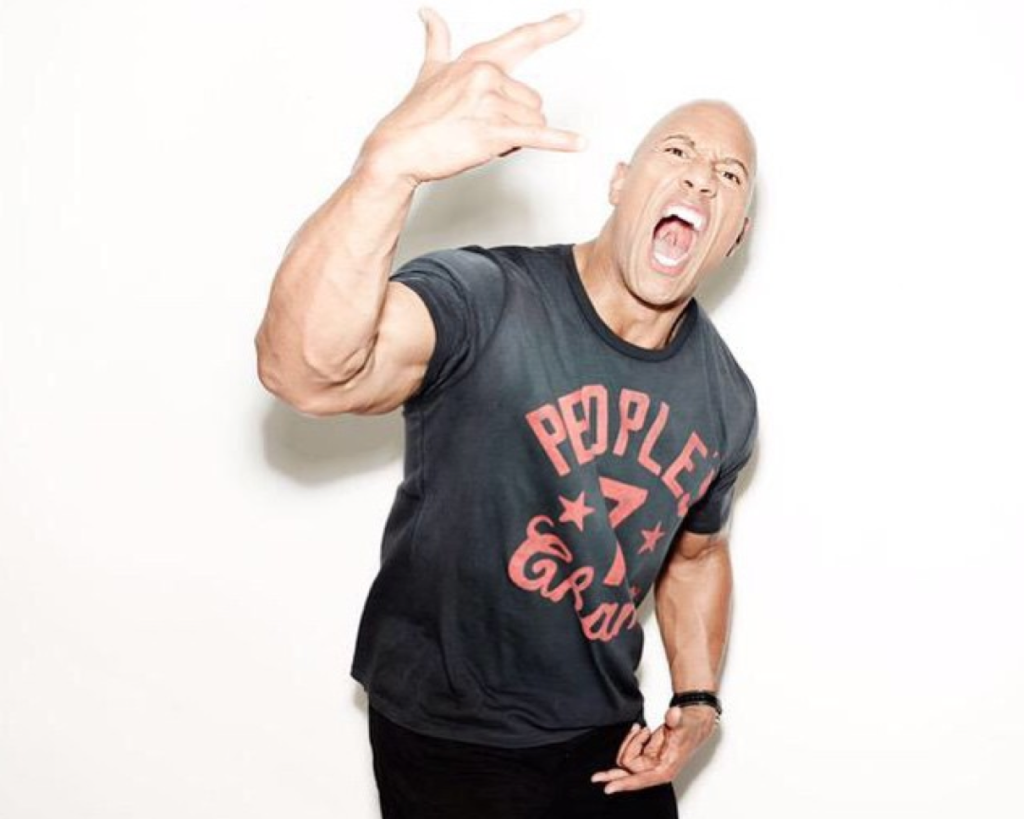 VIA: Like many people on the Internet, those of us at the FiveThirtyEight office have been passing around a piece from Mallory Ortberg at The Toast that details the author’s shock at Dwayne “The Rock” Johnson’s daily food plan, which was chronicled in Muscle and Fitness.

It’s a remarkable eating plan. The 42-year old actor consumes pounds of animal protein to maintain his immense bulk — his seven daily meals include a total of 2.3 pounds of cod and 12 eggs, plus steak and chicken — but he also manages to eat two potatoes, some vegetables, rice, and so on.

Johnson eats roughly 10 pounds of food every day. Here’s the nutritional breakdown of his daily diet according to Wolfram Alpha: 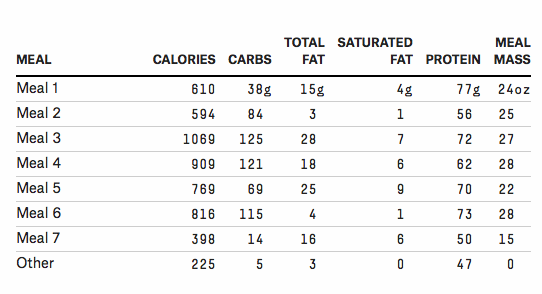 That’s a lot of food compared to the average diet of someone Johnson’s age.

The average American man in his forties consumes 2,734 calories daily, according to data from the USDA. Johnson eats roughly 1,000 calories a day in cod alone. Annualized, Johnson eats about 821 pounds of cod per year. According to FishChoice, Pacific cod goes for $1.75 per pound, meaning Johnson spends roughly $1,400 per year on cod. As all our cod consumption slowly progresses past sustainable levels, let’s all consider Dwayne Johnson uniquely responsible. 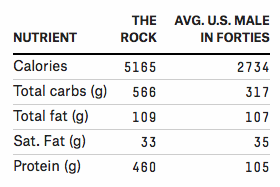 So while this diet may appear horrifying — especially if you’re a cod — if it’s what Dwayne Johnson needs so he can keep being The Rock, I’m all for it.
Posted by Orlando at 4:58 PM